I am a long-time listener of the Dave Ramsey show going back to when I first started getting fired up about being out of debt. We hit that milestone several years ago and thanks to his show being available 24×7 now on iHeart radio, I still listen often for motivation and information. 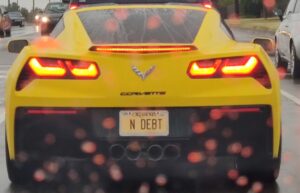 After more than 20 years on the radio, Dave is consistent with his message and his method. Quite frankly, I wonder at times if some of the people calling in with questions have ever actually listened to the show. There are certain callers that every time are ensured to get blasted as they tell about the money mistakes they have made and their non-Dave approved strategies to fix them.

Most recently I was listening when a fellow called in that was asking about what do with his car debt. As a recall, he was making less than $60,000 a year, had little savings, credit card debt, and payments on a $40,000 truck that he had purchased new. Through the radio, I could almost sense Dave’s blood pressure rise as he was about to lose it on this guy.

And lose it he did telling the man he had to sell the truck right away even though it would be at a loss and replace it with a beater car to drive until he gets his “mess” cleaned up. Even though this person had called in asking for advice, the man pushed back on the idea of selling the truck at a loss again and again until finally, Dave was able to beat the man into submission and agreement.

Dave’s style for sure is not mine but I certainly understand his anger. What if you discovered that the secret to being out of debt and building wealth was actually not a secret at all? What if you personally experienced the joy winning and realized that just about ANYONE at ANY income could do the same? Wouldn’t you be angry that so many people with so much access to the formula listen and do nothing with the information?

The universal truth that you can’t help someone that will not help themselves. Most people seem to be living in denial and just are not thinking deeply enough about the future and instead are just concentrating on the present.

I totally get that. For me, it was my cancer experience combined with working for a company with frequent layoffs that finally turned my fear to the debt-free and save for later direction my life became. The thought of being jobless or worse ill with a pile of debt and bills to pay has kept me awake for many nights these last 20 years.

In those early days, there really was no 24X7 access to Dave Ramsey, blogs, YouTube videos, and the vast resources that are readily available now. If you are reading this on your phone, everything you need to learn about how to live a debt-free life and build wealth is right there in the palm of your hand. There really is no excuse.

I think, more than anything, that is why Dave and why many of us are indeed so angry. Looking back, my greatest regret is that it took me so long to transition from a fear-based got to have money for crises to a joy based focus on a WOW future post working. The good news is that now I am awake to all that is possible.

Are you awake? Are you angry yet? If you are not driving to being debt-free with a secure future this is your siren moment. Do not let this moment pass and instead take action. 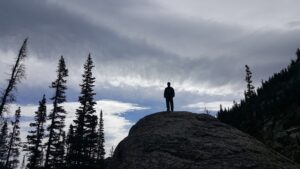 Many years ago when I was a young man new in the corporate world met a fellow that was just about to retire. I remember he was super old like 55 or something (I am 50 now) and had a plan to hike the Appalachian trail. I do not recall his position with the company but I am sure it was not an executive level or anything like that.
Learning that I was a new parent, he decided to give me some advice on how to have a happy career and retire early. He told me a story about a high school friend of his at a recent reunion that had given him a hard time about not having climbed higher on the corporate ladder.
“I congratulated him on his career success and then asked him a few questions”
“How many times have you been married?”
The answer was 2
“How many kids do you have?”
The answer was 3 with two from the first marriage and 1 from the current
“Do you pay alimony and child support”
“Yes”
“Do you see your kids every day?”
“No, my first wife has remarried and lives in a different city”
“Are you going to be able to retire on your own terms and with money in the bank?”
You can kind of see where the conversation was going. My new buddy told me that early in life he set his priority to be the best husband and best father that he could be. He on purpose then passed on job opportunities and promotions that would have taken him away from his primary mission.

In the organization, he was at this time, not a CEO or anything like that but he was a high-level manager with a lot of responsibility. He was also very respected by his team and I could tell was a solid leader.

He had a career that was well done.
Along the way, he lived a conservative lifestyle, gave of his time freely to others, and invested heavily in his family. The bonus reward for all these choices was just around the corner as he was about to embark on a grand adventure to follow his dreams. The man just oozed joy and this 20-minute conversation really changed my perspective on life.
Twenty years later I still remember that conversation and the impact it had on me. Looking back I am happy with the choices I have made along the way with my family, finances, and career. Yes, there have been many mistakes along the way but overall life is good. Looking forward, we are on our way to our next stages of dreams and that path I pray will be as full of joy as that I saw in the face of this man.
Life is going to be full of choices, I learned on that day to decide who I wanted to be and to not pay a price for success by losing things that were far more important and long-lasting.
Know your values. Know your goals and never waiver. 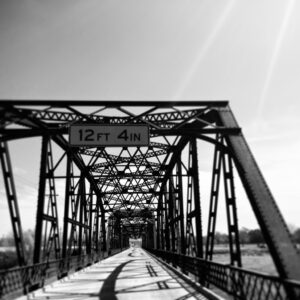 I still remember the day I realized that my daily diet coke habit was stealing my retirement dreams.
At the time, Coke was running a promotion using a code from a bottle cap to get prizes. You would save your cap, enter the number on a website and points would add up for something fabulous. I kept these caps in a desk drawer and it did not take long for these to really pile up since I had a long time frequent habit of visiting the machine at work several times a day. There was the before work Coke,mid-morning Coke, lunch Coke, mid-afternoon Coke and usually something towards the end of the day.
One afternoon I looked at the pile of caps wondered how much in cost that represented. Next, I began to think about cost over time and if I continued this pattern what it would mean in the long term. The final kicker was when I plugged in my average monthly diet coke spending into a savings calculator and considered how much $5 a day applied to retirement could mean if saved for the next 20 years.
The result was mind blowing. Over the course of 20 years these drinks would cost me $59,307 in opportunity. That is real money and a real chunk of change.
I decided at that moment to dig deep into my spending habits to find savings anywhere I could and then apply that savings to my get out of debt, save for kid college and retire comfortable plan. That was close to 20 years ago and I bet I have not visited a coke machine more than a few times at work. The savings redirected over this long period of time has made a real difference in the direction of our dreams.
We all have our cap pile spending excesses and most people put little thought into how these seemingly minor everyday expenses can add up to steal our future. This can be retirement, college for the children and more.
Here is a typical pile for the average person in a month:
=$424 a month
These “small” charge items if instead invested with an average return over time:
Would equal $251,463 total saved in 20 years at 8%
Would equal $622,495 total saved in 30 years at 8%
Would equal $1,423,526 total saved in 40 years at 8%
Notice that on this list I am not including things like expensive vacations, dinners out, designer clothes, new cars, weekend fun or any other items many people tend to overdo. For many, these are just the basics.
If you are in your 20’s and 30’s listen to me now and wake up! Your small choices here and there to ensure you are saving will compound and open doors that only a savings calculator and your mind can imagine. You must start now if you want to have the freedom to do what you want as you get older and not live in poverty at retirement.
My journey to the golden exit is coming quickly and I am thankful for that day so many years ago when a pile of Diet Coke caps helped trigger a dream.
You can do it too. You just need to educate yourself, write down where you want to be financially in the future and start today making the changes today that will secure your future tomorrow.
Take action
What is one thing this month you could give up and then re-direct to saving opportunity? Even a 1% increase to your 401K or IRA will make a huge difference over a long period of time.