“You have bigger boobs than me”

“You have bigger boobs than me”

Ouch! This was said to me in jest by a girlfriend of mine back in the spring of 1989 as we were eating a big tray of nachos. I was 21 years old at the time and in my fourth year of college.

I am person that has struggled with my weight as long as I can remember and it seemed no matter what I tried it would just not come off. As a youth, I remember the teasing from the other kids very clearly. I also remember the feeling as I stood there at gym or recess knowing I was going to be the last person to get picked for whatever sport we were being forced to play.

My fear of athletic failure kept me from doing any sports. Exercise was a truly was a stranger to me. Really, up until that moment in 1989 I don’t think my heart had ever risen above 100 BPM unless I was running to grab the last ding dong from the box.

Learning to eat right came from joining a diet program. The company is no longer around but was a lot like weight watchers. I learned through this education that chicken fried steak, fried potatoes, and rolls were not the best choices for meals. (go figure) The greatest lesson was that my previous failures were due to trying to diet vs. just eating right. Once I was no longer on a diet, all the pressure went away and so did the pounds.

Exercising began with a mountain bike from Wal-Mart. I had bike as a kid but other than neighborhood tootling around I had never given it much thought. This mountain bike though over the summer became my primary transportation. I soon realized that I loved the feel of the road under me and I especially loved the feeling of physical strength I was gaining. It was not long before I started hanging out in the local bike shop dreaming of a “real” bike that I could use to join some of the other local riders that I had met.

Over that following summer, I lost over 40 pounds and for the first time in my life gained a physical confidence that I had not experienced before. Since then I have ridden thousands of miles, run 5Ks, 10ks, marathons, duathlons, and even a few triathlons.

I come from a long line of overweight people and it is still a struggle. However, I hate to think of what my health and my weight would be today had I not been struck so hard by the comment and had I not purchased that first cheap bike from Wal-Mart.

What about you? Does the thought of exercise and fitness scare you? Do you think because of your past that you have no future of feeling well, losing weight and getting fit?

Here we are just a few weeks into 2010. Are you ready to change your health for the better? I know with a little work and some well thought out goal setting that you can do it! 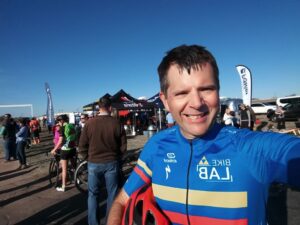 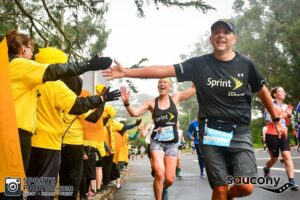 How to write goals for success